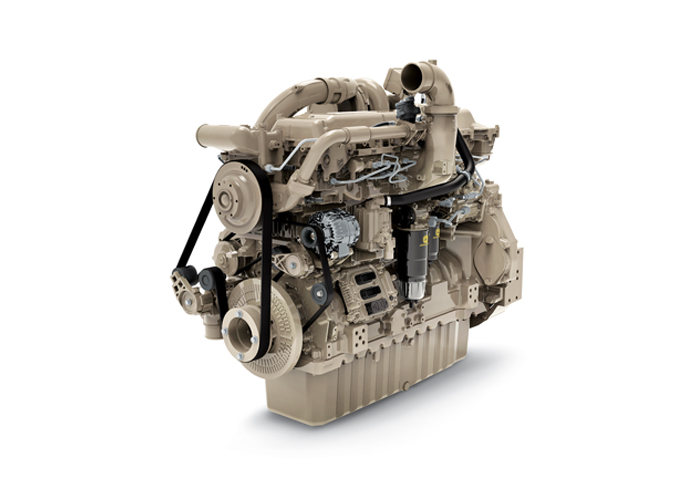 The muscle to handle heavy draft disks and rippers, power-hungry air seeders and planters, and large transport loads like grain carts and slurry wagons. The durable design and heavy-duty components you can depend on when you need to get in and get out.

The engine has been designed for improved access to maintenance points and has reduced the number of required regular maintenance items. The latest JDPS software model-based controls reduce the number of sensors and false fault codes, as well as improve diagnostics. Fewer sensors and wiring connections are required because the ECU creates a virtual internal-engine operating environment. The model-based controls improve the ECU capability to isolate failures and identify false positive diagnostic codes. This improves troubleshooting, repair time and reduces false situations where pre-emptive actions to protect the engine might be required.

In addition to reliability, model-based controls improve engine response. The load response, also known as transient response, is improved because the ECU does not solely depend on slower sensor feedback. Along with individual sensors, the 13.6L engine has several combination sensors. For example, separate temperature and pressure sensing functionality was combined into one sensor. That means fewer sensors, connectors, and wires.

In redesigning the engine, they also gave it:

> A rear gear train that integrates fully into the cast-iron block, reducing tiresome engine noise and improving the durability of the crankshaft damper.

It all adds up to:

> 27% reduction in mean repair time, as well as savings in service costs over the life of the engine.

Overall, this engine has been designed to provide more power and better efficiency, in a smaller, lighter, quieter package.

The new PowerTech™ 13.6L (827-cu in.) engine will be available in the new 9R series tractors and the all-new John Deere X9 combine harvester. For more information, contact your local AFGRI branch today.