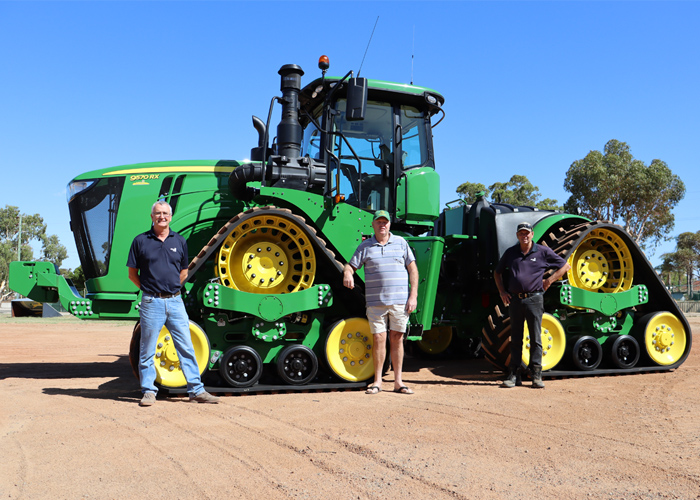 A big congratulations to David Smith of Carnamah for winning John Deere’s S700 Series Green Rewards competition. David with his wife Sandra farms 4,000 hectares with his brother Peter and wife Jodie. They have a mixed operation of grain and sheep, with a mixed crop that includes wheat, barley and oats. For the competition, selected customers across the country received a John Deere information pack on John Deere S700 combine harvesters in the mail. In this pack, customers were prompted to answers a few short questions for the chance to win $10,000 in Green Rewards. David completed the questionnaire and was selected as the lucky winner. “We are very happy to have won this competition,” David said. “We thought we’d give it a go and when we found out we had won, it was a great feeling.” David has already put the credit winnings to good use, using them on the purchase of a new John Deere GatorTM Utility Vehicle to be used on farm. The Smiths have farmed on the land since their father took over the farm in 1955. David now has a largely green fleet since purchasing his first John Deere header in 1981, with a new John Deere harvester arriving later this year joining a John Deere 9570RT Tractor already on the farm.